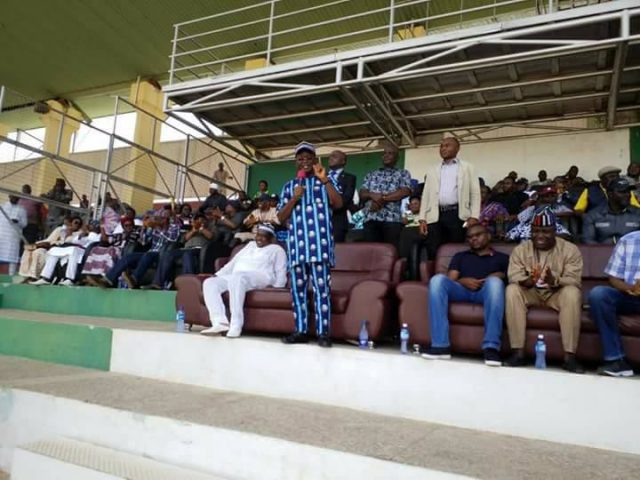 Benue Governor, Samuel Ortom has served quit notice to all Public and Civil Servants eyeing partisan politics in the state as activities for the 2019 general elections build up.

In a circular by the Secretary to the State Government (SSG), Anthony Ijohor, conveying the directive, the Governor asked such officers to resign before May 29 or face sanctions.

“The Executive Governor of Benue State, Samuel Ortom has directed that all Political Appointees/Civil Servants on the payroll of the Benue State Government, who wish to seek public offices in the 2019 General Elections, should as a matter of necessity resign their appointments, latest 29 May 2018,” part of the circular reads.

He, however, warned against canvassing for votes and campaigning for elective offices without resigning.

The Governor also warned that such actions would attract sanctions and hence a breach of the governors’ directive.