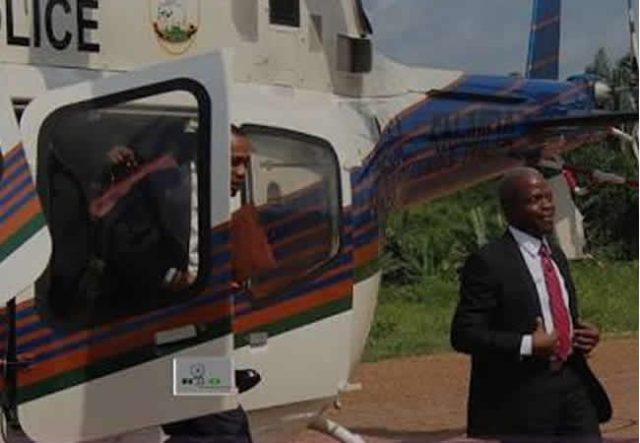 The helicopter conveying the Vice President Yemi Osinbajo, from the Nigeria Customs Command and Staff College, Gwagwalada , Abuja, reportedly made a forced landing a few seconds after take-off.

The Nation reports that Osinbajo had been in the college on Thursday for the graduation ceremony of Senior Division Course 1/ 2018 participants.

The helicopter reportedly conveyed Osinbajo to the graduation ceremony.

Upon take-off after the ceremony, the white chopper with yellow and blue stripes could not ascend beyond the tree level before it started emitting thick fumes and quickly landed on the same spot a few seconds after take-off.

The Chief of Army Staff,
Tukur Buratai and Chief of Air Staff , Sadique Abubakar, had already departed from the venue with their respective convoys.

However , after about an hour , Akande took to his verified Twitter handle, @ akandeoj , and wrote as follows: “VP Osinbajo attended the graduation ceremony of Nigeria Customs Senior Course in Gwagwalada today. On his way back it was decided , for technical reasons , not to fly the chopper that had brought him to the venue. He drove back to the Presidential Villa & continued his schedule,” he wrote.