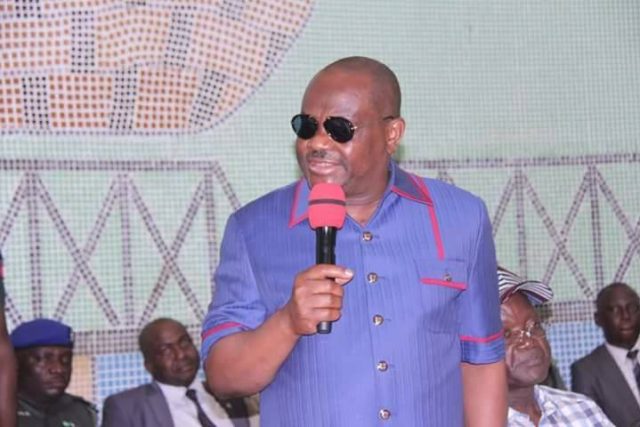 The Peoples Democratic Party (PDP) has drawn the attention of Nigerians and the international community to what it described as “threat against Rivers Governor, Nysom Wike by the Federal Government’’.

Kola Ologbondiyan, the PDP National Publicity Secretary made the call while condemning the development in a statement on Thursday in Abuja.

He noted that recent statement by the Minister of Information and Culture, Lai Mohammed, that the Federal Government would have dragged Wike to court, but for his constitutional immunity, had confirmed the fears that government wanted to silence the opposition.

“PDP condemns in strong terms the further threat against Wike by the Minister of Information and Culture,´´ he said.

He said rather than dismissing the Governor’s allegation that there was a plot by the Federal Government to assassinate him in a crowd, the matter should be investigated.

Ologbondiyan recalled that the PDP had earlier raised an alarm over plot to harass, intimidate and implicate opposition leaders and members, adding that the party was not prepared to leave anything to chance.