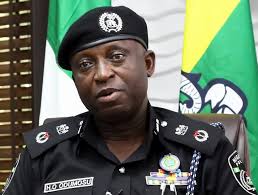 A coalition of a Yoruba group,  Ilana Omo Oodua has warned the Lagos State Commissioner of Police  against arresting anyone who participates in the Yoruba Nation mega rally slated for Saturday in Lagos.

The letter to the CP was written and signed by the secretary Olasupo Ojo..

According to the group, the Lagos Police Command should be aware of  the law which allows for peaceful rallies to be held in Nigeria.

Ilana Omo Oodua noted that the international community has already been drawn to the threat by the Commissioner, and anyone responsible for such attacks will be held responsible.

The group called on the Commissioner to maintain professionalism in the discharge of his duties,

The letter read, “The attention of our organisation has been drawn to a statement made by you at a press conference expressing your opposition to the peaceful rally holding in Lagos on the 3rd day of July 2021.

“Well, be informed that this peaceful rally is not the first and won’t be the last to be organised by our organisation to sensitise our Yoruba people including you to the existence of, and need to exercise our lawful fundamental right to self-determination provided for in Article 20 of the African Charter on Human and Peoples Rights as domesticated in the laws of Nigeria as follows:

“All peoples shall have the right to existence. They shall have the unquestionable and inalienable right to self-determination. They shall freely determine their political status and shall pursue their economic and social development according to the policy they have freely chosen.

“Every person shall be entitled to freedom of expression, including the freedom to hold opinions and to receive and impart ideas without interference.

“Every person shall be entitled to assemble freely and associate with other persons and in particular he may form or belong to any association for the protection of his interests.

“We are happy to hear you confirm your awareness of the plan by some ‘disgruntled elements to infiltrate and disrupt the rally’. In the light of this, we deem it necessary to remind you as commissioner of police in Lagos state that you have no lawful power or duty to prevent our peaceful rally and your professional responsibility as a noble police officer is to provide adequate security for the conduct of the rally.

“This is confirmed in the case of Inspector General of Police Vs All Nigeria Peoples Party & Ors (2008) 12 WRN 65 in which the court of Appeal held the fundamental rights of Nigerian citizens to assemble freely and protest without any inhibition whatsoever. We believe that as a law enforcement officer, you are aware that the Court held as follows:

“A rally or placard carrying demonstration as become a form of expression of views on current issues affecting government and the governed in a sovereign state. It is a tread recognised and deeply entrenched in the system of governance in civilized countries — it will not only be primitive but also retrogressive if Nigeria continues to require a pass to hold a rally. We must borrow a leaf from those who have trekked the rugged path of democracy and are now reaping the dividend of their experience.

“We, therefore, urge you as a well brought up person to maintain neutrality and ensure the provision of adequate security during the peaceful rally, processions and marches the same way and professional manner the police commands in Oyo, Ogun, Ondo, Ekiti, Osun and Kwara States performed their lawful functions and ensured that rallies held in their domains were peaceful.

“We also urge you to order your police personnel not to attack any peaceful participant at the rally as we have drawn the attention of the international community and organisations to your statement and shall hold any person accountable for their act or omission in connection with the professional maintenance of peace and order during the peaceful rally which shall proceed as planned in Lagos tomorrow.”