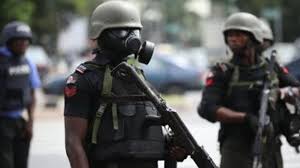 The police operatives in  Zamfara State have  arrested a serving soldier, one Nura Bala with force No 19NA/78/3870, for allegedly trying to sell ammunition to bandits and collaborating with terrorists in the state.

It was learnt that the military personnel was nabbed while negotiations was on with the bandits to sell 1,000 units of ammunition to them.

It was revealed that some weapons were missing at a military base in Shinkafi Local Government Area of the state which made the authorities to start investigating.

A military officer, who did not want his name in print, confirmed to newsmen that the soldier selling ammunition made a confessional statement admitting the offence against him.

According to him, the soldier confessed that he planned to sell another round of ammunition for N1 million before he was arrested.

“The military has a case of missing weapons at Forward Operations Base in Shinkafi Local Government Area of Zamfara State. Investigation carried out on the case indicated that three soldiers were involved.