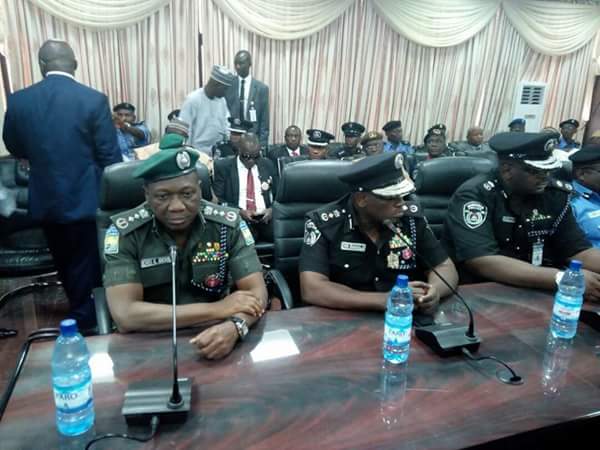 The ongoing campaign for an urgent shutdown of the police Special Anti-Robbery Squad (SARS), seems to have thrown the Force Headquarters into a state of confusion.

Theadvocate.ng gathered that two conflicting statements emerged from official spokespersons of the police, on Sunday, when the social media push entered its second day.

While assistant police spokesperson, Aliyu Giwa, conveyed the sympathies of police leadership to the campaigners on Twitter, on Sunday afternoon, his principal, who is the Force Spokesperson, Jimoh Moshood, said complaints about widespread allegations of criminality by SARS officers were misplaced.

“There’s absolutely no doubt that SARS operatives have conducted themselves well over the years. You could see that they’ve been able to curb the alarming rate of armed robbery across the country, that’s why you hardly see reports about any robbery operation in the media lately.”

Moshood’s statement marked a sharp contrast from what Giwa had earlier stated when he became the first police officer to respond to this social media outcry on Sunday afternoon.

It is “disheartening seeing some officers acting uncivilised and unruly. I sympathise with Nigerians who must have found themselves in such situations and believe me the authority is not happy about it!” Giwa, wrote on Twitter.

“Trust me the authority have (sic) taken actions on this issue,” he added.

Allegations of extra-judicial killing, torture, wanton arrests for bribes and other menacing conducts have flooded the social media, since Saturday, with citizens taking their rage to the Internet and demanding action with #EndSARS, a hashtag many Nigerians have adopted to amplify the issue.