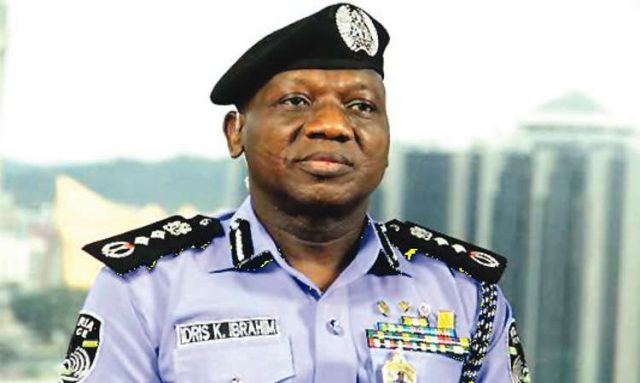 The Inspector General of Police (IGP), Ibrahim Idris, has filed a suit against the Senate and its President, Bukola Saraki, challenging his summons by the red chamber.

The Police boss, in a suit marked FHC/ABJ/ CS/ 457/2018, is seeking an injunctive order of the Abuja division of the Federal High Court restraining the Senate and Saraki from insisting that he must appear before the lawmakers.

Explaining why he did not honour the invite, Idris said he had been directed by the President to be among the Presidential entourage embarking on a two-day official trip to Bauchi and therefore on the said April 26, 2018, he was in Bauchi on assignment.

In the suit filed by his counsel, Alex Izinyon, the IGP urged the court to declare that the letters inviting him by the Senate dated April 25, 2018 and April 26, 2018, relating to pending criminal proceedings against Senator Dino Melaye in court of law is beyond its powers under section 88 of the 1999 Constitution and same is contrary to the Senate Standing Order, 2015, and the provision of section 6(6) (b) of the 1999 Constitution, and, therefore null, void and of no effect.

In an 11-paragraph affidavit in support to the suit, the IGP said in the letter dated April 26, 2018, with the heading “Invitation to brief the Senate on the inhuman treatment of a Senator, Dino Melaye over a matter that is pending in Court,” it clearly showed that the Senate is aware that the said Melaye is facing criminal charge in a court of law and that he is not answerable to the Senate but to the Judicial Arm of Government trying the matter.