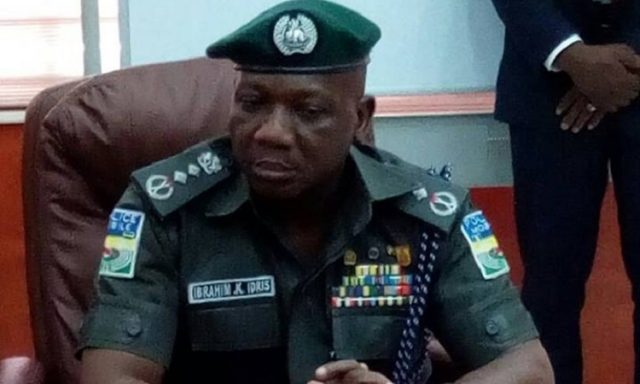 The Inspector-General of Police, Ibrahim Idris, on Monday kept mum after a meeting he had with the Vice President, Yemi Osinbajo, and the Attorney-General of the Federation, Abubakar Malami.

The meeting which was held behind closed doors at the Presidential Villa, Abuja was also attended by the Director-General of the Department of State Security, Lawal Daura.

When State House correspondents approached the Police boss for comments at the end of the meeting, he declined.

The meeting was held about 24 hours after Police authorities summoned the Senate President, Bukola Saraki, over his alleged relationship with suspects arrested following the April 5 bank robbery in Offa, Kwara State.

It also came shortly after the DSS withdrew some of its men attached to Saraki and the Speaker of the House of Representatives, Yakubu Dogara.