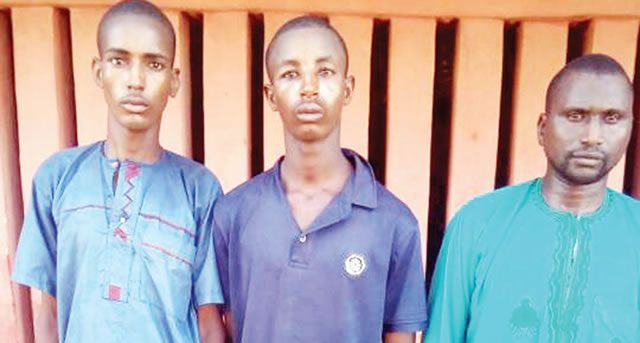 The Taraba State Commissioner of Police, David Akinremi, on Sunday revealed that men of the Command killed a suspected robber and arrested three others when the gang engaged them in a gun duel in Borno Kurku forest in the Bali Local Government Area of the state.

“In the process, one of them was gunned down by the superior firepower of our operatives while three others were arrested.

“An Ak47 rifle with eight rounds of ammunition, some criminal charms , an Army camouflage uniform and cutlasses were recovered from the suspects , ” the statement read.