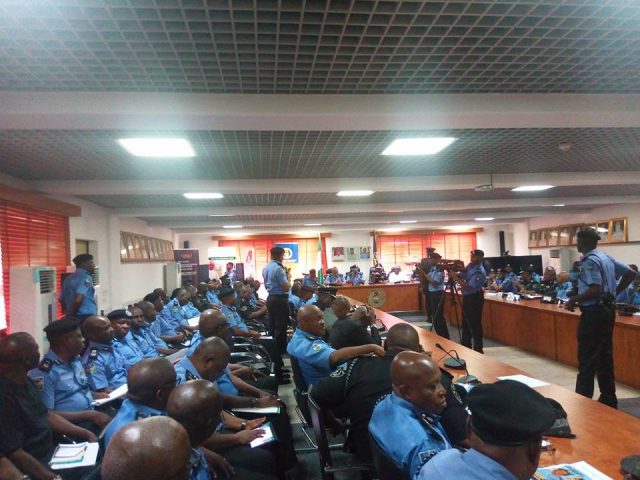 The General of Police, Ibrahim Idris, on Thursday disclosed that a total of 4,000 illegal arms were recovered from wrong hands across Nigeria in the just concluded mop-up exercise by the Police.

This disclosure came as he charged Police personnel to “consider it a duty starting from this month to begin enforcement of all laws, especially during the period of coming elections.”

Idris, who hailed Deputy Inspectors General, DIGs, state Commissioners of Police and personnel of the Force in the various state commands for the successful conduct of the exercise, expressed happiness that the development had reduced the crime rate in the country to the barest minimum.

The Police boss, while addressing a meeting he had with Commissioners of Police and above at the Force Headquarters said he was fully convinced that the successful mop-up of arms in the country had also paved the way for a free election, which the country was looking forward to.

“From the bottom of my heart, I believe our officers are doing their best to ensure that crime rate in Nigeria is brought down to the minimum level. I want to also appreciate officers for the mop-up of illegal arms, which we have just concluded because from the record I have, I think we recorded almost about 4,000 illegal weapons, which have been mopped up.
“I believe with this mop-up, the level of banditry and violence will have been likely reduced to the barest minimum. Let me appreciate all the DIGs and the commissioners of police in all the commands in this respect.”