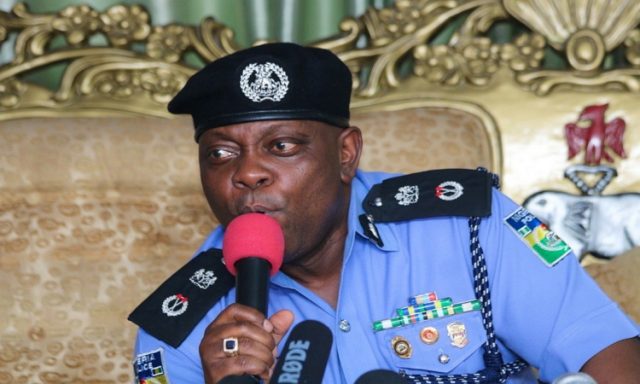 The Lagos State Police Command has dismissed the three policemen accused of spraying tear gas on an asthmatic patient, Ademuwagun Solomon, in the Ojota area of the state.

A statement on Sunday by the state Police Public Relations Officer, Chike Oti, stated that the cops were given an orderly room trial where they were found guilty.

“The Lagos State Police Command wishes to inform members of the public that the Commissioner of Police, Edgal Imohimi, has dismissed three policemen, comprising an inspector and two sergeants, who were alleged to have sprayed tear gas on one Solomon Ademuwagun, which resulted in a severe asthmatic crisis. The incident took place at Chinese town, in the Ojota area of Lagos State.

“The men, whose names and service numbers are Momoh Sulaiman (220957), Emmanuel Monday (429659) and Adamu Usman (434246), were tried in an orderly room which commenced on Saturday, and were found guilty as charged. They were, therefore, dismissed and de-kitted accordingly.

“However, the dismissal proceeding of  Momoh Sulaiman has been forwarded to the Assistant Inspector-General of Police, Zone 2, for approval.”

A video had gone viral on social media on Thursday, June 7, showing Ademuwagun groaning with pains on the road as residents watched in horror.

A policeman was later seen approaching the victim as the crowd yelled.

Some Nigerians had claimed that Ademuwagun was wrongly labelled a fraudster and shot by operatives of the Special Anti-Robbery Squad (SARS).

A hip-hop artiste, Michael Stephens, aka Ruggedman, on Instagram asked people to rebroadcast the video to draw the attention of the authorities.