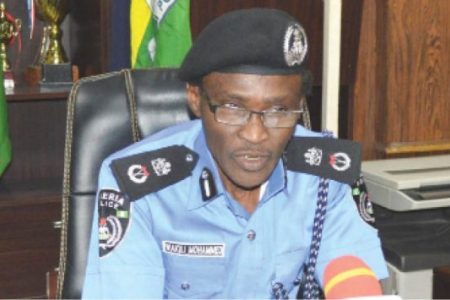 The Kano State Police Command has warned residents of the state against acts capable of breaching the existing peace in the state following the declaration of the governorship election inconclusive.

The Command’s Public Relations Officer, DSP Abdullahi Haruna, gave the warning in a statement issued to newsmen on Monday in Kano.

He stressed the need for the people of the state to remain calm and avoid anything that might lead to break down of law and order.

The Police spokesman warned that the command would not fold its arms and allow some disgruntled elements to breach the peace over the outcome of the polls.

According to him, anybody caught violating the order or trying to cause trouble would be arrested and charged to court.

“The state police command wishes to warn residents of the state, especially the youth, to desist from acts capable of causing disaffection among residents.

“The police in the state will not hesitate to deal ruthlessly with anyone caught trying to cause trouble,” Haruna said.Recall that Independent National Electoral Commission (INEC) has declared the governorship election held on March 9 inconclusive