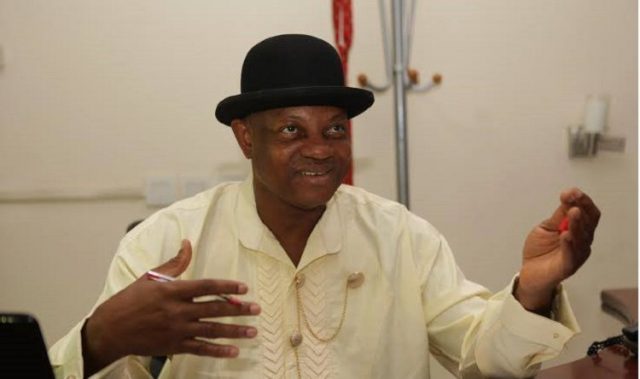 “There are other developmental agencies for the Niger Delta region that have granted scholarships to students abroad and may have payment issues for their students, they are not sponsored by Presidential Amnesty Office.”

The above statement came from the Special Adviser to the President on Niger Delta/Coordinator, Presidential Amnesty Office, Paul Boroh, through the Director of Information, Amnesty Office, Charles Dafe, on Saturday in Abuja.

“We have no funding issue in settling our offshore and onshore students.

“With our beneficiaries in onshore Nigerian universities including those on vocational training, our office is fully up to date in settling their educational and empowerment requirements.”

Boroh said that those alleging that the amnesty office had outstanding foreign students’ bills, were peddling false information and were being unpatriotic to the sacrifices and efforts of the government.

He alleged that some of the changes he had introduced into the programme, like domestication of the programmes that did not require sending beneficiaries abroad, had precipitated unfair attacks by those it affected.

Other changes according to him include policy of strategic exit arrangement, which compelled beneficiaries that have been educated and vocationally empowered to quit the programme.

“These changes or policies are meant to reduce government expenditure and are in the best interest of the country.

“The policy changes in the programme affected some students, who failed their studies and expect government to fund their endless time of studies.

“It also affected militants not originally captured in the programme who are pressurising to be part and those that have benefitted with first degree but are insisting that the programmes must see them up to doctorate degree level,’’ he said.