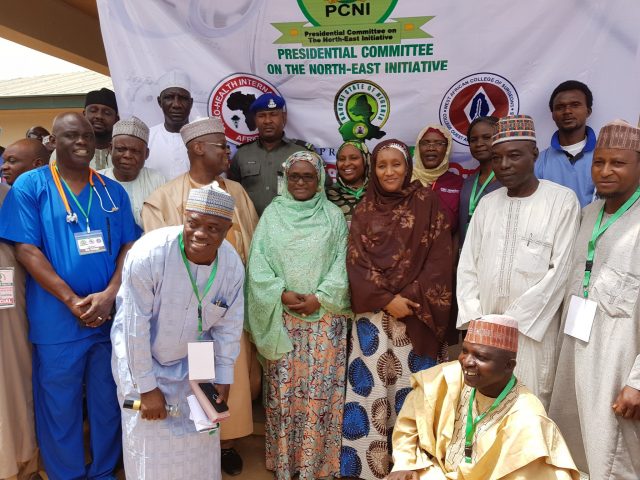 The Presidential Committee on North-East Initiative has called for more funding to rebuild, rehabilitate and recover insurgency affected areas in the region.

Tijjani Tumsah, the Vice chairman of the Committee, made this known while delivering a key note address at the training and sensitisation workshop for the North-East resettlement, rehabilitation and relocation on Wednesday in Abuja.

Represented by Muhammed Umar, the Vice Chairman said insurgency had continued to ravage the region, adding that it has not only deepened the region’s poverty but led to displacement of over four million people.

According to him, this had resulted in the mass movement of Internally Displaced Person (IDPs) to the state capital and other large secure towns.

He said that about 85 percent of the IDPs were accommodated in host communities and others in IDP camps within the region.

“Many settled in other parts of the country with a substantial number in the neighboring countries of Chad, Niger and Cameron.”

He said that the mass dislocation of populations from their homes and out of their traditional livelihood had led to severe humanitarian crisis.

According to him, to address this emergency situations, healthcare, food and temporary shelters were put in place by the Federal, State and Local Governments with the active supporter of local and international development partners.

He said that the support from government, World Bank, individuals and the United Nations were able to restore the damage homes in some areas.

He said that this would further reduce the risk associated with explosive remnant of war and clear debris from where it was hampering access of reconstruction.
He said that there was need for coordination, leadership and support to fill intervention identified in the region.

Responding on behalf of the affected states, Musa Obadah, Permanent Secretary, Taraba Ministry of Health, said that that they had help in establishing IDPs camps.

He said that the states had provided the victims with food, healthcare and education, adding that they are collaborating with both government and international bodies to see how they could secure the lives of other people.

Geoffrey Garbage from Adamawa, National Planning Secretary, said that they had passed the state of emergency, adding that all the eight local governments captured by Boko Haram were at the stage of rehabilitation and recovery.