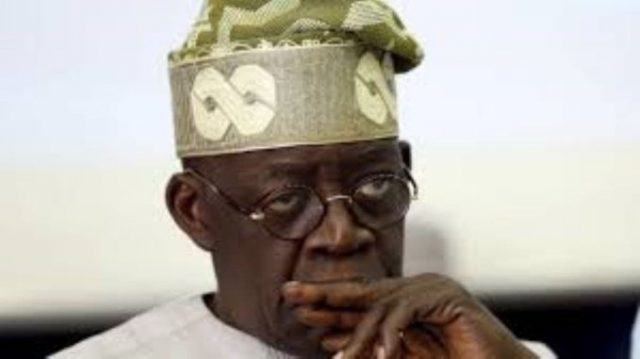 The National Leader of the All Progressives Congress, Asiwaju Bola Tinubu, has urged the Lagos State Government donater evenues from the Lekki toll gate to victims o” those shot by soldiers during the #EndSARS protests.

He made this known in a statement on Sunday titled, ‘The #EndSARS protests; a fundamental lesson in democratic governance’.

Hoodlums had massively looted shops and set fire to several public and private properties, including Television Continental and The Nation newspaper, both of which have been linked to him.

This followed the shootings of some protesters at the Lekki toll gate plaza by soldiers.

Some of the protesters had alleged that Tinubu owned the toll gate plaza.

But the politician denied making money from the plaza, adding that the rumour of his ownership was politically-motivated.

He said, “Minus this alleged ownership, the slander employed against me falls to the ground as a heavy untruth. I ask people to thoroughly investigate the matter of my alleged ownership of the toll gate. By seeking facts, instead of being swayed by gossip, you will find I have no ownership interest or involvement in the toll gate. Having no business interests in the operation, my income remains unchanged whether one or 100,000 vehicles pass through that gate.

“At bottom, the toll gate is a public asset. Given what has happened, I would like to propose to government that the toll gate be left closed for an indefinite period.

“If it is reopened, revenues should be donated to the confirmed victims of the Lekki attack as well as to other identifiable victims of police brutality in Lagos.”

The former senator regretted that protesters wanted to make him a “scapegoat” for what he knew nothing about.

Tinubu complained that about a week to the Lekki shootings, people had tried to bring enmity between him and the state and federal governments by contending that he was sponsoring the protests.

He said, “When that did not work, they then sought to sow enmity between me and the people by saying I ordered soldiers to quash the very same protests they first accused me of organising.

“My opponents have every right to oppose me politically but let them have the courage to do so in the open, above board and to employ facts not evil fiction in their efforts against me. They have no right to slander and defame anyone with the terrible and vile fabrications now cast at my feet.

“Understandably outraged, people sought to hold someone accountable. For various reasons, I became the most available scapegoat. Some people don’t like me because they believe the false rumours uttered about me over the years. Some maligned my name because they hide ulterior motives and harbour unrequited political scores they intend to settle.”