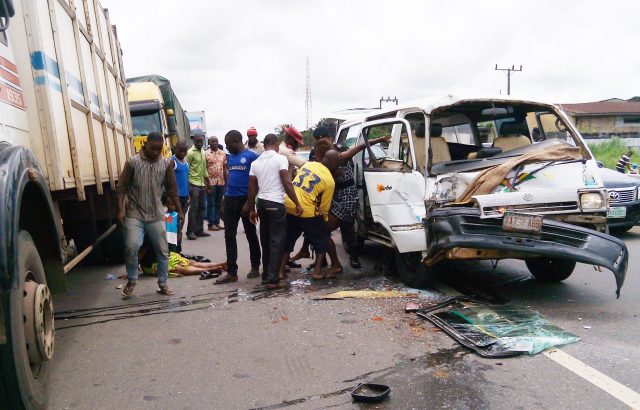 No fewer than 1,070 Nigerians died in road accidents in the third quarter, the National Bureau of Statistics (NBS), said.

This indicates that in the 92 days that make up the third quarter, July 1 to September 30, an average 11 people died from road accidents daily.

The NBS Road Transport Data for Third Quarter, 2017, posted on its website, on Wednesday, showed that a majority of the victims were adults.

The breakdown of the figure showed that 815 of the number were males, representing 76.2 per cent, while 255 were females, representing 23.8 per cent. According to the report, 2,478 road accidents occurred in the third quarter. It, however, attributed the major cause of accidents to speed violation, which, it said, accounted for 44.51 per cent of the total accidents reported in the quarter.