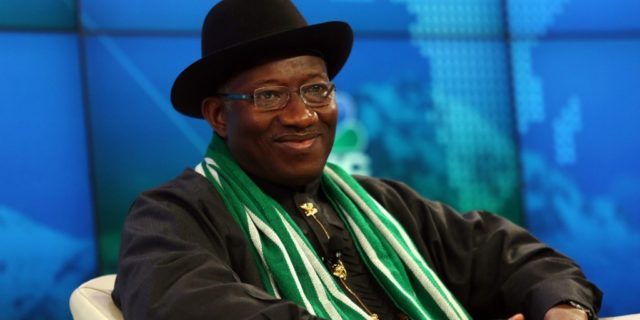 Former Vice President, Namadi Sambo, Governors Nyesom Wike and Ayodele Fayose will on Tuesday May 22 attend the public presentation and launching of a book titled ‘Goodluck Jonathan: The making of a statesman’.

The Deputy Senate President, Ike Ekweremadu and other prominent Nigerians are billed to attend as guests.

The Author of the book, Paul Nwankwo, who said this on Sunday in Yenagoa, added that the book was written in honour of the nation’s former President, Goodluck Jonathan.

According to Nwankwo, the presentation, which will hold at the Cultural Centre in Yenagoa, will have the former Vice President, Sambo as a guest of honour and Governor Wike as the Chairman of the occasion while Fayose and Ekweremadu, will be the keynote speakers.”

He listed other prominent Nigerians expected at the book presentation to include, Bayelsa Governor, Seriake Dickson as Chief Host and the National Chairman of PDP, Uche Secondus as Guest of Honour.

He said the book reviewer would be the Deputy Vice Chancellor of the Federal University, Otuoke, Teddy Adias, among others.

“The former President himself, Goodluck Jonathan will attend the book launch as special guest of honour, while the former military governor of Old Rivers State, Alfred Spiff, will be the royal father of the day.

“The reason I wrote the book in honour of the former President, Jonathan is to chronicle his achievements in office during the six years he served in the nation’s highest office.

“It is also to provide the leadership compass for Nigerians as the 2019 elections draw near.

“The book in its own small way, is to contribute to nation-building, which is expected to inspire other Niger Deltans and indeed Nigerians to aim higher in their endeavours,” Nwankwo stated.