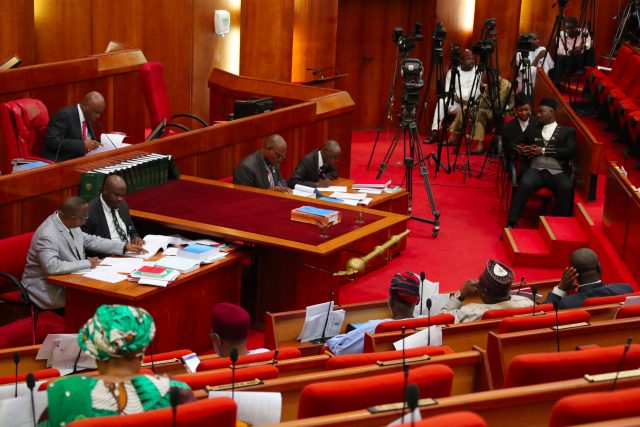 The Senate on Wednesday summoned the Controller-General, Prisons, Ahmed Ja’afaru, to appear before its Committee on Interior, to explain why under-age offenders and infants should be confined with adults in the nation’s prisons.

The upper chamber also urged various security agencies involved in the arrest and detention of juveniles to ensure that they were not incarcerated beyond 48 hours.

These resolutions were sequel to a motion on “Illegal Confinement of Under-age Offenders/Infants in the Same Prison with Adult Prisoners” brought by Victor Umeh at plenary.

Umeh noted that he was traumatised by the gory pictures of under-age children languishing in prison as contained on pages 13 to 15 of the Nation Newspaper of Saturday, March 31.

According to him the report was captioned “Kids Behind Bars: World of Under-age Languishing in Prison”.

The lawmaker alleged Police prosecutors encouraged under-age offenders to inflate their ages during arraignment in courts, assuring them that such practice would lead to their release.

He expressed concern that the repercussion of keeping infants in prison with their mothers was enormous as it would deny them proper upbringing.

The lawmaker, therefore, advocated that separating under-age offenders and the innocent infants from regular prisons as prescribed by law, would go a long way in protecting their mental health and development.

The prayers of the motion were unanimously adopted by the lawmakers after a voice vote by the Senate President Bukola Saraki.