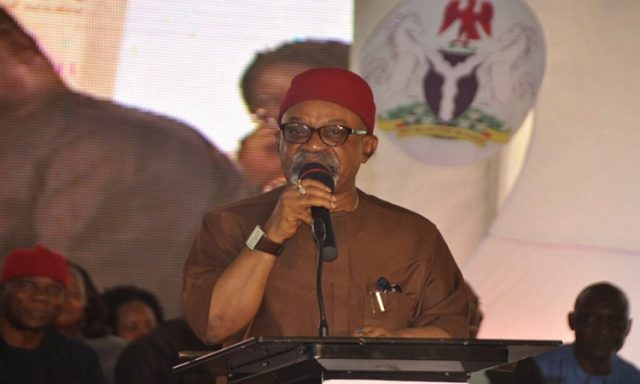 The Minister of Labour and Employment, Chris Ngige,says the September date for the Minimum Wage was just a “target date”.

The Minister Stated this in Geneva, Switzerland where he had gone to attend the meeting of International Labour Organization (ILO), which Nigerian is a strong member.

Ngige said that the Minimum Wage might not be feasible in September due to the processes and procedures involved.

He explained that the Tripartite Committee’s the report would pass through the Federal Executive Council and the National Economic Council, before an executive bill is sent to the National Assembly for passage.

The NLC and TUC had, on May 1, jointly proposed N56,000 as new national minimum wage, since the existing wage was due for review on the basis of the extant Labour law.

But the Federal Government had also resolved to set up a joint government, Labour Committee to begin negotiation.