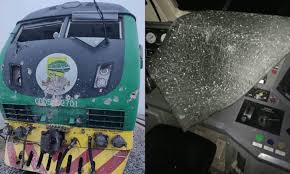 Seven persons have been confirmed killed and 29 others injured in the Monday evening attack on the Abuja-Kaduna train by terrorists.

Nigeria’s Inspector General of Police (IGP), Usman Alkali Baba confirmed this in Abuja Tuesday but did not give details on those reportedly kidnapped.

Nigeria’s Inspector General of Police, Usman Baba disclosed this in Abuja Tuesday during a handover ceremony of 16 fully equipped operational vans donated by the Nigeria Sovereign Investment Authority (NSIA) to the Police force.

The update by Alkali Baba on the unfortunate incident came yesterday as the Trade Union of Nigeria (TUC) confirmed the death of Musa-Lawal Ozigi, its secretary-general, and Akin Akinsola, the Kwara State chairman of the union, in the attack.

“They were among the people killed by terrorists in the Abuja-Kaduna train bombing that occurred on Monday around past 7:00 pm. They were on their way to Kaduna for an official assignment slated for Tuesday, March 29, 2022,” Quadri Olaleye, president of the TUC said in a statement issued on Tuesday evening.

Olaleye further stated that Ozigi served as general secretary of the Construction and Civil Engineering Senior Staff Association (CCESSA), an affiliate of TUC for almost two decades before joining the TUC in 2012, while Akinsola was a staff of Dangote Flour Mill under OLAM before his untimely death in the hands of the terrorists.

“We call on the government at all levels, especially the Federal Government to rise up to the occasion to stop the killing of innocent Nigerians. As it stands, nowhere is safe now – we cannot travel by air, road is not safe and neither is the rail. Is Nigeria now a failed state? The TUC wondered in the short statement.

Meanwhile, Bola Ahmed Tinubu, a former governor of Lagos State, yesterday, called off his 70th birthday colloquium to mourn the attack on the Abuja-Kaduna train.

The colloquium which was slated for the Eko Hotel and Suites, Victoria Island, Lagos, was about to officially kick off when Tinubu, a presidential aspirant on the APC platform for the 2023 general elections took to the podium and announced the cancellation.

He noted that the occasion was supposed to be a joyful celebration of his 70th birthday but now the nation was in a mourning mood.

“Today is the 70th birthday of my life on earth. This morning I thanked God almighty for being able to survive to this age despite all odds. I have just been informed since I have been back and forth with prayers in the morning; I didn’t pay attention to the news. I have just been informed of a very sad incident in our country, very sad indeed, that several people were killed on the train by a bomb between Kaduna and Abuja just last night.

“That is a very serious incident that speaks to the problem of insecurity of lives in the country. It calls for sober reflection. For me to be here celebrating, dancing, and enjoying myself. It doesn’t show enough concern of a statesman and a senior citizen of this country.

“I will urge the two clergies who are here present to continue to pray and every one of you to go home and pray. This event should not be holding. I have consulted with the people you see around me here and they have agreed with me and being a very committed democrat, I have subscribed myself to their suggestions and we agreed that this event be cancelled.

“We pray for the souls of those who had departed prematurely. We pray to almighty God to help us to win this war against evil and set Nigeria on the right path, bless us and provide guidance on all of us in our various ways,” Tinubu said.