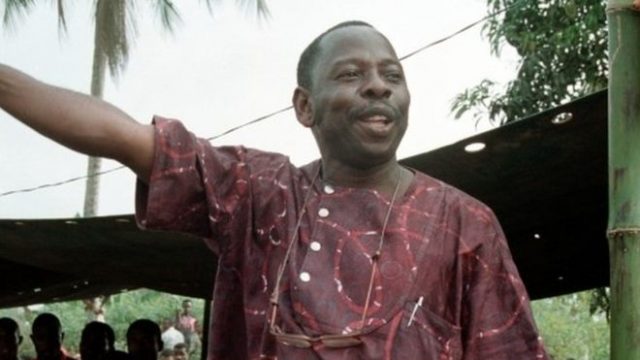 Amnesty International has accused oil giant, Shell Petroleum of playing a critical role in the 1995 execution of a human rights activist, Ken Saro-Wiwa among several others.

The group is, therefore, calling on the Federal Government to thoroughly probe the company alleging that the perceived activities 22 years ago were crimes against humanity.

Its media manager, Isa Sanusi, In a statement said the group’s Director of Global Issues Audrey Gaughran stated that the company collaborated with the Military in silencing the people of the region.

“The evidence we have reviewed shows that Shell repeatedly encouraged the Nigerian military to deal with community protests, even when it knew the horrors this would lead to – unlawful killings, rape, torture, the burning of villages.

“In the midst of this brutal crackdown Shell even provided the Military with material support, including transport, and in at least one instance paid a Military Commander notorious for human rights violations. That it has never answered for this is an outrage.

“It is indisputable that Shell played a key role in the devastating events in Ogoniland in the 1990s, but we now believe that there are grounds for a criminal investigation. Bringing the massive cache of evidence together was the first step in bringing Shell to justice. We will now be preparing a criminal file to submit to the relevant authorities, with a view to prosecution,” he said.

Sanusi stated further that the Nigerian government’s campaign against the Ogoni people culminated in the execution, 22 years ago, of nine Ogoni men, including Ken Saro-Wiwa, the writer and activist who led the protests.