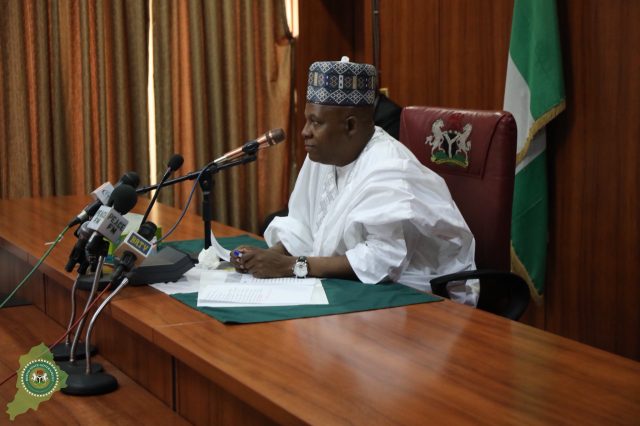 Borno Governor, Kashim Shettima has insisted that the state is not under the siege of Boko Haram insurgents.

“As the Chief Security Officer in Borno state, I am grateful to President Mohammed Buhari, the Military, Security agencies, Stakeholders and people of the state for their sustained effort towards the fight against Boko Haram.

“In the last four years, our major highways that link us with other parts of the country and the entire state was under siege, but we are proud of our President and the Nigerian Army for bringing sanity and peace to our dear state.

“I am personally saddened by some Borno oppositions/politicians who have relocated to Abuja, Lagos and other places during the peak of the insurgency and making unnecessary noise regarding the calamities that befell us.

“Instead of them to pray while they relocated, they were busy raising unnecessary critics on us as Government, but thank God that all their bad plans against this government end up hitting the rock.

“As Government, our doors will always remain open for Military to fraternize and see how we continue to give our maximum support and cooperation to end Boko Haram madness in our dear state,” Shettima added.