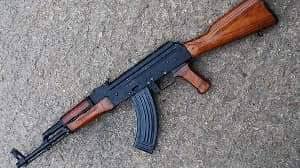 It was gathered that where he was nabbed was close to a den of the bandits terrorising many parts of the state.

The arrest was confirmed by the  chairman of Soba Local Government Area, Engineer Suleiman Yahaya Richifa, confirmed the arrest.

He noted that  the suspect is the councilor representing Kinkiba ward in the council.

He, however, declined to speak further, adding, “I’m in serious grief about the news. Please allow me to overcome my shock.”

When contacted by newsmen, the state Police Public Relations Officer, ASP Mohammed said he would call back.

He said, “I’m on my way to the mosque now, I will call you back shortly”.