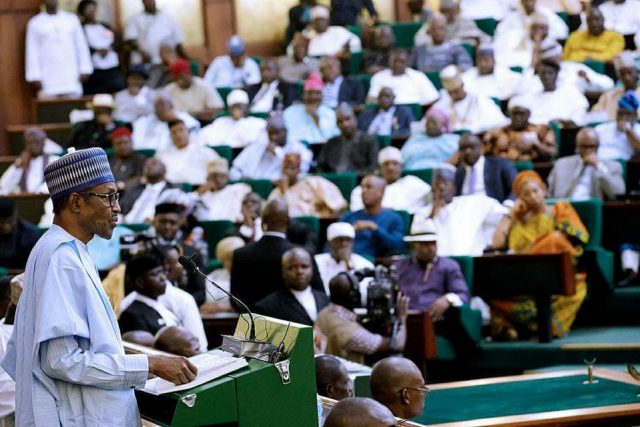 The All Progressives Congress (APC), South-East, says the era of abandoned projects and many dashed hopes of development is over.

The APC South-East Publicity Secretary, Hycienth Ngwu, stated this in his reaction to the 2018 Budget Presentation by President Muhammadu Buhari on Tuesday in Abuja.

Buhari presented the N8.612 trillion 2018 Appropriation Bill to the joint session of the National Assembly.

The South East Image Maker said in Enugu on Wednesday that the Federal Government, through the Budget presentation, had given assurance of completing all ongoing projects and projects abandoned by past governments.

“There is no gainsaying the fact that Nigerians will be better and happier in 2018, if all stakeholders work in synergy with the Executive arm in seeing to the actualisation of the estimates as contained in the 2018 Budget of Consolidation as presented by President Buhari.

“The expected 2018 expenditure of N8.612 trillion, to be financed by N1.699 trillion as loans, out of which 50 per cent will come as external borrowing, while more than 50 per cent of the balance from the original estimate, will be financed through non-oil revenue, is quite a realistic and a welcome development.

“This is a clear testimony that Nigeria has exited a mono-product economy.

“Also, with a pledge to reduce our domestic debt from 79 per cent to 60 per cent and massive injection of about 30.8 per cent of the total funds to finance capital projects, will, in no small measure, lighten the tight liquidity in our economy and make Nigerians happier and better.”

He also noted that the budget pledged to consolidate on the positive impact of the social intervention programme by maintaining N500 billion funding for it in 2018.

According to him, civil servants are equally carried along with a total of N260 billion for their overhead costs.

He further said that with a projected oil price of 45 dollars per barrel and daily oil production at 2.3 million barrels as well as external reserves currently at 34 billion dollars and robust diversification of the economy at an exchange rate of N305 to a dollar, the expected GDP growth of 9 per cent was achievable and sustainable.

He also commended the plan to work on the Enugu-Port-Harcourt, Enugu-Onitsha and other critical roads in the South East as well as the 2nd Niger Bridge just as it is expected that the Enugu coal mines would benefit from the N300 billion Solid Mineral Development Fund.

The APC publicity secretary said that what was required most now was good synergy among major stakeholders.

“Nigeria will be economically stable for the betterment of all people, states and regions of the country.

“Bureaucratic bottlenecks and official competitions should give way for quick service delivery and harmony,’’ he advised.