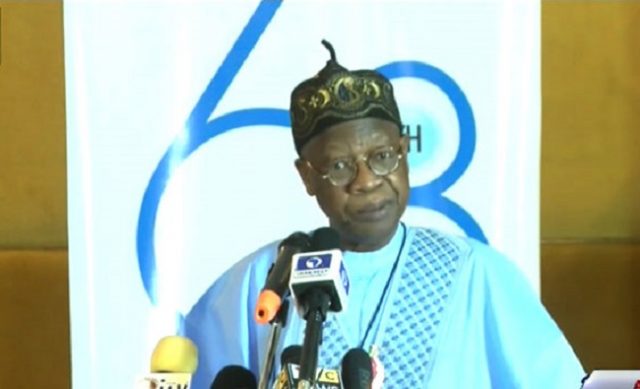 The Minister of Information and Culture, Lai Mohammed, has appealed to the media to stop ‘mocking’ the Federal Government and support the war against corruption.

Mohammed made the appeal in Abuja on Monday at the 68th General Assembly of the Broadcasting Organisation of Nigeria (BON) where he was the Special Guest of Honour.

“Without mincing words, let me use this platform to appeal directly to the media, in general, to join this Administration in facing the problem of corruption.

Mohammed told guests at the event that while it is okay for the media to criticise the strategy of the government, some of the headlines published or broadcast recently mocked the government.

“This appeal to the media to join us in the fight against corruption is born out of the fact that the 4th Estate of the Realm cannot afford to sit on the fence as far as this fight is concerned.

“We are not saying that the media should not criticise us over our strategy for the fight but it should stop mocking us.