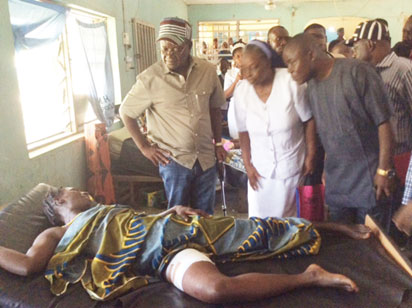 Kenti also told the NAn on telephone on Sunday in Makurdi that the attackers also abducted a woman during the incident on Saturday night at Tseadough village.

Tseadough is a village in Mbachom, Yaav Council Ward near Jato Aka, the ancestral home of Tiv people in Kwande Local Government Area of Benue.

He added that the attackers also burnt down several houses in the community.

Kenti said that the yet to be identified gunmen came unnoticed on the fateful night.

According to him, the remains of the victims have been deposited at the mortuary while those with various degrees of machete wounds were taken to hospital for treatment.

He appealed to the people to remain calm inspite of the unprovoked attack and warned against any form of reprisal, adding that security agencies had been informed of the incident.

Besides, the Chairman said that all relevant authorities had been briefed over the incident.