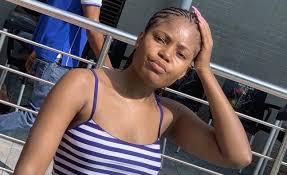 Acccording to the state command, the move is necessary to  to dismiss rumour of his death in custody.

The intimation was made by the state Police Public Relations Officer, Odiko Macdon, who made tin a telephone conversation with an online media platform SaharaReporters. He lamented that people are frustrating  efforts of police

He explained that it is not possible for the police to allow a suspect to commit suicide in detention.

“How can we allow him to commit suicide? How can he hang himself by tying his trousers to the metal frame of his cell door? How?” He said.

Social media was set on fire on Wednesday when rumour surfaced that Uduak Akpan committed suicide at the Akwa Ibom police headquarters, Ikot Akpanabia, Uyo, the state capital while in detention.

Meanwhile, The Commissioner of Police, CP Andrew Amiengheme, has also refuted claims that the suspect committed suicide while in custody.

The police commissioner described the rumour as the figment of the writer’s imagination, wondered why some people would derive pleasure in peddling falsehood.

He noted that the police would not be distracted with speculations.