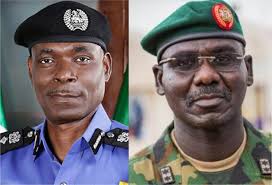 The Centre for Change Initiative has told the Federal Government to commence prosecution of soldiers involved in the alleged killing of three policemen and a civilian.

The President of the group, Dr Joe Okei-Odumakin, made the call in a statement on Saturday in Lagos.

She said that the soldiers should be prosecuted for murder to serve as deterrent to others.

On Aug. 7, the police authorities announced that three police officers and a civilian were killed in an encounter with soldiers on the Ibi-Jalingo highway in Taraba on Aug. 6.

The army and police authorities have since constituted a joint investigation panel to probe the incident.

Okei-Odumakin pointed out that the army authorities were yet to send a word of condolence to the families of the killed cops.

“The images of the savage killings which have gone viral are quiet reminiscent of Boko Haram operations.

“It is surprising that instead of the army to be remorseful for the senseless killings that portray it as aiding criminality, it has engaged in dancing over the graves of the gallant officers, who were credited with successful anti-kidnap operations by calling them suspected kidnappers.”

“We have not heard a word of condolence to the families of the killed policemen from the army.

“We reject any attempt to sweep this high crime under the carpet by setting up an investigation that will lure us into forgetfulness.

“We demand immediate identification of the officers involved and their prosecution for murder immediately.

“This is the only way to prove to the world that Nigeria has not become a total jungle.

“We pray for the souls of the officers and send our heartfelt condolences to their families,” Okei-Odumakin said.