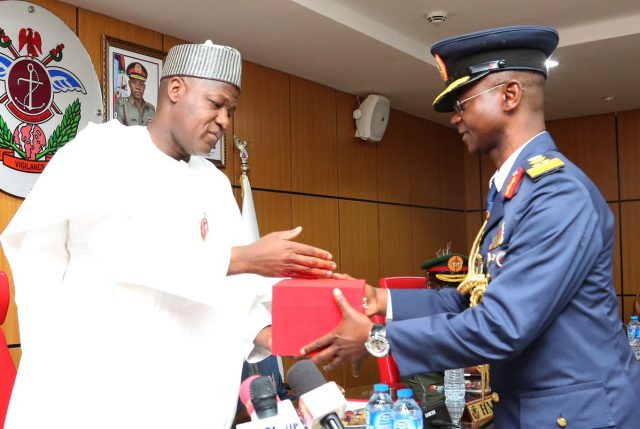 The Speaker of the House of Representatives, Yakubu Dogara has challenged the Military on the need to gather reliable intelligence to tackle emerging security threats in the country.

Dogara threw the challenge while speaking at the opening of a five-day conference organised by the Defence Intelligence Agency (DIA) for the nation’s Defence Advisers and Attaches.

“I believe that if we succeed in gathering reliable intelligence that can be interpreted, we will always be ahead of the terrorists, kidnappers and all those who are threatening our peaceful co-existence,” the Speaker said.

The most important institution

Dogara, described the Armed Forces as the most important institution in the country presently as they were always relied upon to address emerging internal security threats.

“The most important thing in Nigeria right now, though we practice democracy, it is not the Presidency, Legislature or Judiciary, but law and order and national security.

“When there is no peace, law and order, there can’t be a nation. We must have Nigeria first before we talk about the Nigerian President, Legislature and even the Judiciary.

“I know that we are in an era, the 21st century in particular, where the entire humanity is threatened by advances in science and technology and by the threat of violence.

“Anywhere violence occurs, you will see the reversal of so many things. As a matter of fact, violence even destroys civilisation.”

The Speaker described terrorism as a global problem which no nation should be allowed to tackle alone, adding that the best way to go about it was to engage and share intelligence and experiences.

Dogara promised that the National Assembly would always “appropriate more’’ for the Military to achieve peace, noting that any nation which failed to invest in security would “diminish.’’

“We will not fail to invest in security,’’ he added.