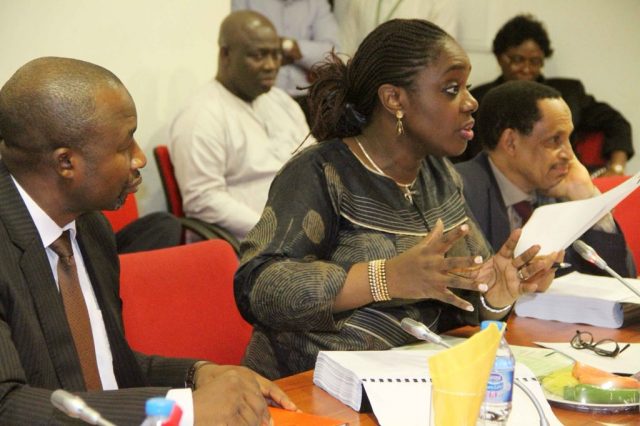 The Ministry of Finance has said the President Muhammadu Buhari Administration has succeeded in developing and implementing fiscal policies to curtail wastage in governance, thereby reducing fiscal leakages and boosting government’s non-oil revenue.

Oluyinka Akintunde, Special Adviser to Finance Minister, Kemi Adeosun on Media and Communications, said this in a statement on Sunday in Abuja, on the achievements of the his principal since her assumption of office in November, 2015.

He said the Minister played a leading role in setting up the Presidential Initiative on Continuous Audit (PICA), which oversees the utilisation of public funds under the present administration.

He said the implementation of the Treasury Single Account (TSA), which was conceived by the previous administration, but implemented by the present, has made it easier to effectively track government’s revenues.

In addition, Akintunde said Adeosun introduced the Whistleblower Policy, which was launched in December, 2016 to encourage public participation in the fight against corruption.

“Under the Whistleblower Policy, the Federal Government has recovered N7.8 billion, 378 million dollars and 27,800 Pounds Sterling.

“In May 2018, the government paid about N439.27 million to 14 whistleblowers who gave specific tips on tax evasion,” he said.

He recalled that through VAIDS, tax payers were offered a window of opportunity to regularise their tax status relating to previous tax periods, without incurring penalties.

“The robust implementation of VAIDS has seen an increase in the number of tax payers from 13 million before the assumption of Office by the incumbent Administration to 14 million in 2016 and 19.3 million in 2018.

“It is instructive to note that some local and foreign companies are now disposed to the VAIDS initiative, and have started to regularise their tax status,” he said.

Furthermore, Akintunde said Adeosun had succeeded in clearing some of the pension liabilities it inherited from the previous administration.

“This brings the total payment of outstanding pension arrears by the current administration to over N54 billion; an unprecedented feat, which has been commended by the various workers’ unions,” he said.

Akintunde also said the establishment of the N396.5 billion Development Bank of Nigeria (DBN) was part of Adeosun’s achievements.

“Already, the DBN has a N5 billion line of credit to be accessed by MSMEs through its partner institutions,” he said.

Akintunde also said the Minister was responsible for the debt refinancing strategy to better manage existing debt and the Fiscal Sustainability Plans and Budget Support Facility for States of the Federation.