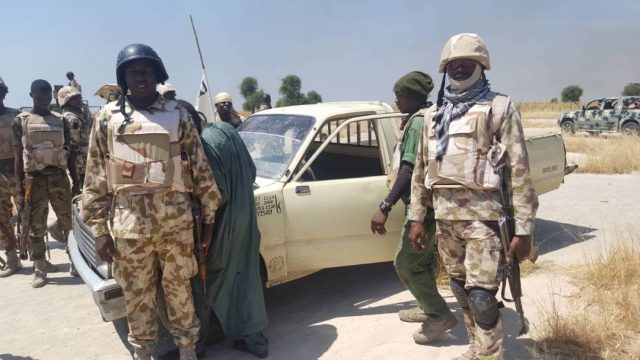 Sani Kukasheka, Director Army Public Relations, said this in a statement issued in Maiduguri on Tuesday.

According to him, the troops also rescued 30 persons, captured one insurgent and recovered various caliber of ammunition from the insurgents.

Kukasheka explained that 8 insurgents were killed while many of them escaped in the affected villages, adding that three males; 12 females and 15 children were rescued from the insurgents.

The Army Spokesman disclosed that the troops also ambushed and killed six insurgents at Kumshe and Darel-Jamel villages.

According to him, the arrested insurgent was handed over to the appropriate authorities for intonation.