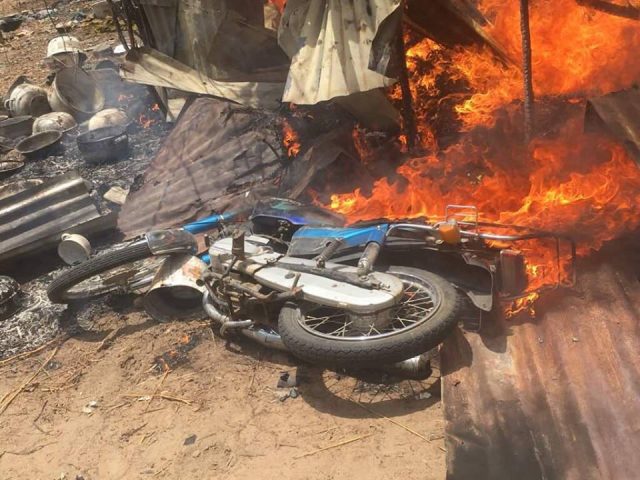 The Nigerian Army on Saturday said that its troops of 1 Division Garrison Nigerian Army Kaduna, deployed in ‘Operation Idon Raini’ on Thursday 6 June 2018 while carrying out cordon and search at Dogon Dawa arrested one Abdulkadri Samaila a logistics supplier to bandits.

It said troops also arrested one Alhaji Yahaya who is also responsible for supplying some items to the terrorists.

A statement by Texas Chukwu, Director, Army Public Relations listed items recovered from the suspect as one Opel car, two handsets and N34, 000.

“Three of the bandits were neutralized following a superior fire power from the troops.

“Items recovered include: 4 motorcycles, 4 handsets, and a substance suspected to be solution.