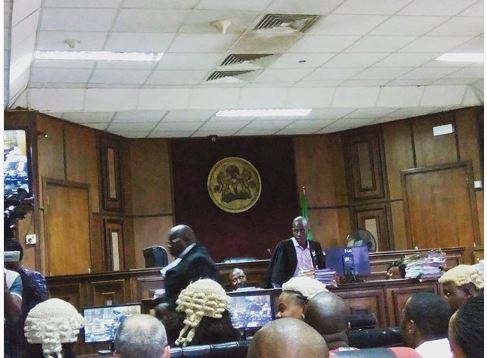 A Federal High Court sitting in Abuja has awarded a N12.5m fine Against the Nigeria Police for unlawful invasion of the Peace Corps.

The court also ordered the Police to unseal Peace House owned by the Peace Corps of Nigeria.

The Judge, Gabriel Kolawole said it was on the grounds of unlawful arrest and detention of the Commandant and 49 others, and also the unlawful invasion of Peace Corps House.

The court also ruled that N12.5 million be paid to the controversial group as damages.

Security agencies led by the Nigeria Police stormed the Peace Corps Headquarters on February 17, after which the Head of the organisation, Dickson Akoh, and about 49 others were arrested.

The police accused Akoh of using the Peace Corps, registered as a non-governmental organisation, to swindle young job seekers and operate as a Para-Military Agency.

Akoh, who denied the allegations, has since been granted bail.

The Peace Corps seeks to be legalised as a government Para Military Agency and has secured the backing of the two chambers of the National Assembly.