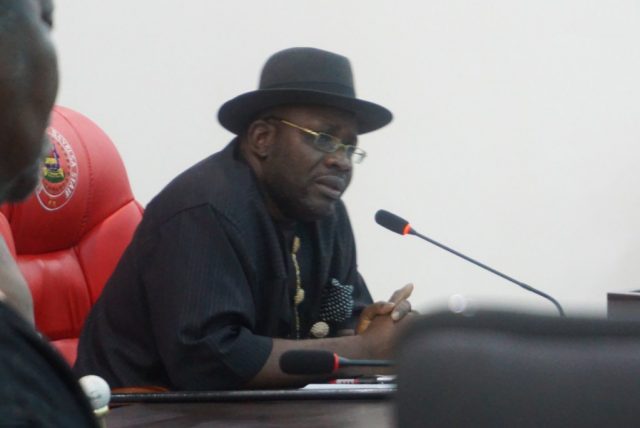 Three persons were killed on Tuesday at Amassoma in Southern Ijaw Local Government Area of Bayelsa State, following a clash between security operatives and protesting community women and youths over the continued closure of the state-owned Niger Delta University (NDU).

The clash, which reportedly started in the early hours of the day at the university’s gate, was said to have left five others seriously injured.

The situation in the community, according to sources, became tense as sporadic gunshots and fired teargas canisters triggered panic among residents, forcing many to stay indoors.

It was gathered that trouble started in the early hours of the day when a detachment of security operatives forcefully opened the gate of the institution for staff to access their offices without clearance from the angry indigenes.

It was gathered that the university’s gate was sealed up by aggrieved community women, whose names were removed from NDU’s payroll after they were indicted by the ongoing public sector reforms being carried out by the state government.

The women, who insisted that government must rescind its decision, were said to have hired the services of a welder to permanently seal the university’s gate.
As a way of resolving the week-long impasse, government raised a team of negotiators last Friday led by the Chief of Staff, Talford Ongolo, and the Commissioner for Education to meet with the protesters and the host community.

It was learned that part of the resolutions reached was that the university should review the fate of the sacked workers and that they suspend the protest to allow academic activities resume.

However, the indigenes reportedly rejected the resolution, insisting that their delegation to the meeting should hear directly from Governor Seriake Dickson, who was absent from the state.

The protesting community women and youths became angry Tuesday morning on discovering that the school’s gate was forcefully opened and surrounded by armed security operatives, a development that prompted them to regroup in their numbers and marched towards the gate to confront the security operatives.

“The Security Agencies started shooting teargas canisters and live bullets at the protesters. Many were injured and about three persons were hit and feared dead. They were immediately rushed to the hospital,” an eyewitness said.

One of the shot victims, it was gathered, was rushed to the Niger Delta University Teaching Hospital at Okolobiri.

According to a staff of the university, who pleaded anonymity, Armoured Personnel Carriers were later brought in to reinforce security in the community.

Meanwhile, the Ijaw Youth Council (IYC) Worldwide, led by Eric Omare, has condemned the killings and called for restraint.

However, the Bayelsa State Government condemned the violence and attack during the confrontation between Police and those it referred to as hoodlums.

In a statement by the Special Adviser to the Governor on Media Relations, Fidelis Soriwei, the government blamed opposition political leaders for the mobilisation of the “hoodlums.”