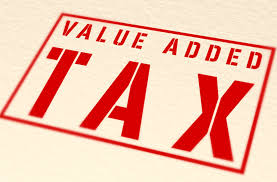 The Convener of Pro-Nigeria, Mr. Lai Omotola, has broken silence on the Value Added Tax, VAT war going on currently between the Federal Inland Revenue Service, FIRS, and the Rivers, Lagos, Ogun, Ekiti, and Akwa-Ibom States.

It will be recalled that a Federal High Court in Porth Harcourt gave a ruling that state governments, not the FIRS, have the constitutional power to collect VAT. To take advantage of the ruling, both Lagos and Rivers quickly passed bills authorizing the state to collect VAT.

Reacting to the development, Omotola in a press release on Tuesday said that PNG is in full support of states collecting VAT.

The Press Statement in Full

As the convener of the Pro-Nigeria Group, I want to lend my voice to the issue of the Value Added Tax, VAT, in which the Rivers State Government went to court against the Federal Government and the judgement empowered Rivers to collect VAT.

We in PNG support the development and the subsequent move by Lagos State and other states to join Rivers State in creating a law to enable their states to collect VAT. Others who have joined in the bid are states like Ogun, Ekiti and Akwa-Ibom States.
We in PNG see this as a welcome development because we feel that it is lawful and it is sync with the intention of our founding fathers that every state should be collecting VAT. We are of the opinion that every state will grow according to income and also make them more viable and competitive.

It will also show fiscal restructuring towards economic development and at the end, Nigeria as a country will be better for it.