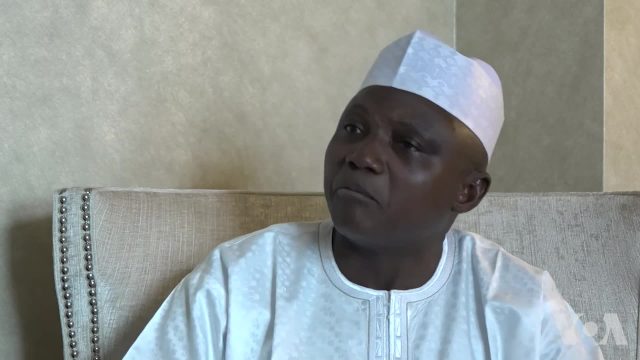 The President Muhammadu Buhari-led Federal Government has continued to score itself high in its performance in the past three years of ruling.

Senior Special Assistant, Media and Publicity to the President, Garba Shehu, who made an appearance on Channels Television’s politics programme, Sunday Politics, defended that the Government has done well in fulfilling its campaign promises.

Specifically, in the area of job creation where President Buhari had promised to provide three million new jobs per year, Shehu said, “We have done as much as that if not more”.

According to him, six million new jobs have been created in the Agriculture sector alone as well as the Government’s N-Power scheme.

Also, he said when private sector jobs are considered, Nigerians will see that the Administration has indeed created well over nine million jobs in the space of three years.

“If you follow what the Rice Growers Association of Nigeria are saying, in Agriculture alone, six million new jobs have been created, that’s enormous. Government is creating thousands of jobs.

“We have done 200,000 on N-power; 300,000 are waiting for the budget to roll out for execution and though we are not putting together but I’m sure at some point, somebody will be doing this – the jobs that are being created by the private sector as it expands, as more factories will open, as construction companies go back to work after laying off for so many years, I assure you that we have exceeded nine million in three years,” Shehu said.

Furthermore, he maintained that the Buhari Administration was and remains fully aware of the nation’s challenges and it continues to strive to improve the situation of things.

“Did we overestimate of overhype our promise? not at all,” he asserted.

“The President had a clear understanding of the problems that the country faced and set out clearly to achieve those objectives”.

For security, he, however, stated that while some of the problems are historical, the Administration continues to do its best to ensure that they are reduced to the barest minimum.

“Some of the problems are historical, clashes between farmers and herdsmen existed even when the British were here with us,” Shehu said.

According to him, one of the government’s initiatives used to manage the security challenges, however, is the Operation Safe Haven – which he says has recorded major success in Plateau, Nasarawa and Benue and plans are ongoing to extend the same initiative to Zamfara state.

He also noted that in the coming week, the Government plans to hold a high-level security meeting, details of which he did not disclose.