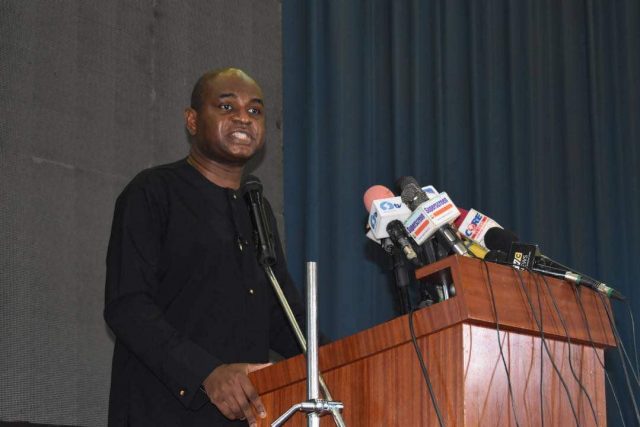 Presidential aspirant and former Deputy Governor of the Central Bank of Nigeria, (CBN), Kingsley Moghalu said three things must be addressed in order to build a future for Nigeria.

Moghalu stated this at a Colloquium in honour of the Executive Editor, The News/PM News, Kunle Ajibade who turned 60 two days ago.

One of such things, he said, was that the nation had been so divided along tribal line by people who were supposed to lay a solid foundation for the people, adding that “we are increasingly poor country, our economy is horrible. When people read democracy address and tell the people what they have achieved, we have missed the mark.”

Moghalu also said the nation’s standing in the comity of world nations had collapsed, while describing Nigeria as a beggar nation.

“Our standing in the word has collapsed. Nigeria is a beggar nation and when they give us he money, grasscutters eat it. We have a binding duty to know why we are increasingly being marginalised. Poverty is making us like slaves. We must educate our people on the kind of leaders they should elect,” he said.