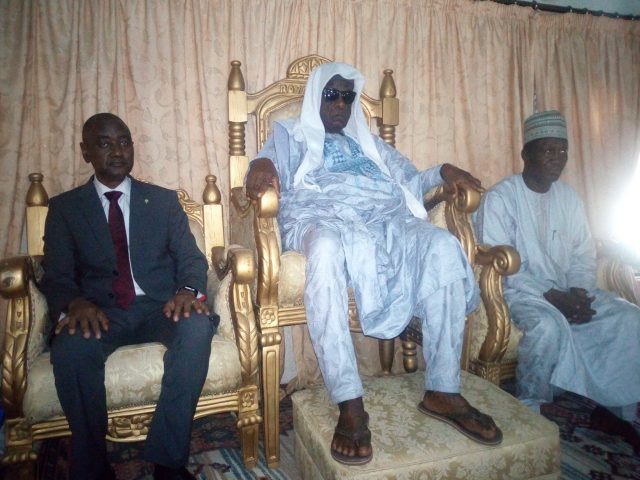 The Emir of Zurmi in Zamfara, Abubakar Mohammed, says the people of the emirate need solution to the persistent banditry in the town and not sympathy or condolences.

Mohammed made the statement on Sunday in Zurmi when members of the Nigerian Bar Association (NBA) led by its National President, Abubakar Mahmoud (SAN), visited him in his palace.

Mahmoud led members of the NBA to Zamfara on a fact-finding mission with regard to the latest killings in the state by armed bandits.

Mohammed, who spoke in Hausa which was later translated to English, complained that there had been too many of such visits without any solution to the problem.

He said that the bandits, who were in the community, were constantly calling people of the area and threatening to kidnap them or their relations for ransome.

He called on the NBA, the government and other stakeholders to evolve practical solutions to the problem as they were living in constant fear.

The emir berated lawyers in the state, saying that their conduct was fueling the crisis, accusing them of securing bail for the bandits each time they were arrested.

He said that the released bandits usually went back into the society to hunt those they suspected of being informants as well as their relations.

The NBA president admonished lawyers and cautioned them to represent accused persons within the ambits of the law.

He said that other issues raised by the emir would be investigated with a view to ensuring that peace returned to Zurmi and the entire Zamfara.