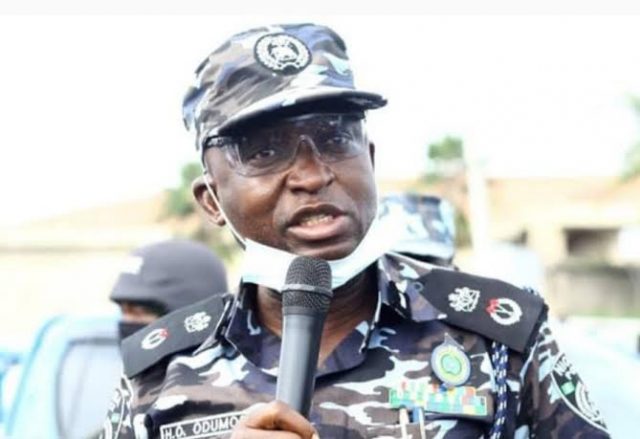 The Lagos State Police Command says it is  investigating threats by the Indigenous Peoples of Biafra (IPOB) and Yoruba separatists groups.

Commissioner of Police, Hakeem Odumosu vowed that no breakdown of law and order, or attacks on soft targets would be tolerated.

Odumosu spoke at a stakeholders forum on security in Lagos, which Governor Babajide Sanwo-Olu presided over.

The CP said the command was aware of agitations for the Oodua Republic by some Yoruba secessionists “and the threats to disrupt law and order in the state.”

The Police chief disclosed that twenty-four persons belonging to the groups have been identified and are being closely monitored.

“The threat of IPOB to attack soft targets in Lagos is equally being put on the radar of the command intelligence gathering and other security services in the state.”

Assuring that strategies are being put in place to neutralise criminality, Odumosu appealed to residents to be vigilant and report suspicious persons or movements to security agencies.