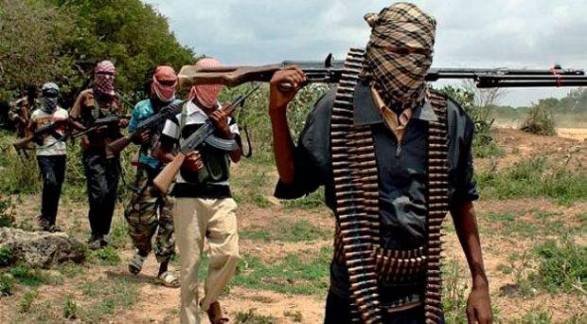 Seventeen suspected Boko Haram members on Monday said they surrendered to the Nigerian military due to the Federal Government’s pledge to offer them amnesty.

One of them, Ahmed Alhassan, disclosed this when Rogers Nicholas, a major-general, paraded the suspects at Theartre Commander of Operation Dole in Maiduguri.

He said they heard President Buhari’s appeal through the radio at their camp known as “Marcas of Nguma” at the shores of Lake Chad region.

“We have been contemplating to surrender ourselves after we realised that we were being recruited into false movement. What pulled us back was the fear of being caught and killed by either our members or the military.

“But after the announcement by President Muhammadu Buhari on granting amnesty to those who surrender, drop their arms and accept peace, we decided to defy all the fear and eventually came out.

“We also made up our minds to sacrifice our lives in a bid to secure freedom, knowing fully that God will forgive us for attempting to embrace peace and stop the killings,’’ he said.

The suspect said that he was forcefully initiated by the Mamman Nur’s faction after the insurgents stormed their town in Munguno four years ago.

“They gathered all of us and selected some of us, which they said we shall be working for the cause of God. Those who refused were eventually killed.

“Many have been conscripted and recruited, some have spent one and half, some two and some of us have spent four years,” he said.

He commended the military for treating them with respect and dignity, urging other members to embrace the Federal Government’s peace avenue to surrender.