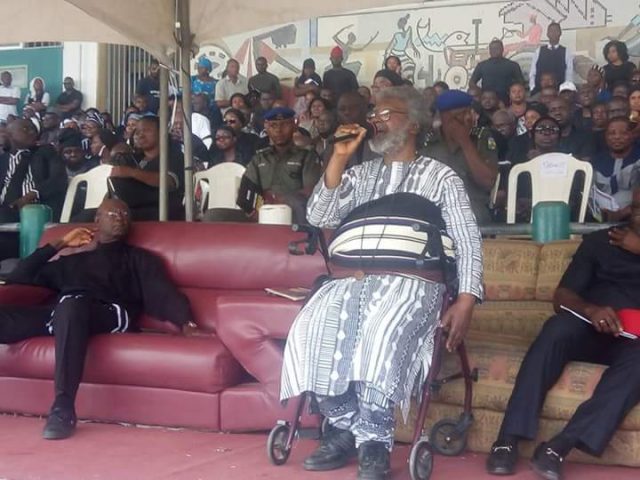 Former Minister of Steel, Paul Unongo, has decried the ceaseless killings in Benue State and other parts of the country, warning that Nigeria was gradually sliding into a no-state.

Unongo’s reaction came on the heels of last Sunday’s attack on Kwande, his local Government Area, by suspected herdsmen that left eight dead, many injured and several property destroyed.

The elder statesman, who spoke shortly after leading his kinsmen from Kwande to a meeting with Governor Samuel Ortom in Makurdi, urged the Federal Government to stand up to its responsibility by ending the bloodbath in the country.

“My reaction to this latest killings is like I do in all killings anywhere in the world, they shouldn’t have happened.

“I am calling on the Federal Government to do the needful by taking effective action to contain all killings. The primary responsibility of the President and the Government is not just the enthronement of law and order, it is also the protection of lives and property of the people and citizens of that country.

“If we cannot stay in our homes anymore, there would be no Nigeria. It is a fact.

“I pray that as journalists you all will tell the government that these killings have to stop or government must suppress the killings because it is not doing anybody any good.”