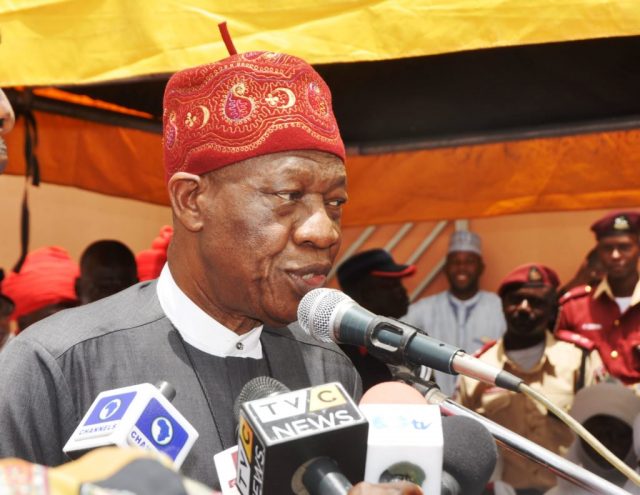 The Minister of Information and Culture, Lai Mohammed has alleged that Transparency International (TI) and other non-governmental organisations in the country are acting like opposition parties.

The Minister noted this on Wednesday when he hosted the Chair of TI, Delia Ferreria Rubio, and the Executive Director of Civil Society Legislative Advocacy Centre, the local chapter of TI, Auwal Rafsanjani.

“TI and CISLAC fail to see and appreciate the sociological dynamics of fighting corruption.

“TI only collates reports of suspected corruption cases from various institutions like World Bank and analyses them.”

“They do not look at the picture but condemn the efforts of the government, like in the case of the Corruption Perception Index. NGOs have constituted themselves as an opposition party. There should be constant interaction with the government instead.”

The Minister, however, welcomed the TI chair to Nigeria and thanked her for making Nigeria her first point of call in Africa.

The TI chair said the group’s local chapter in Nigeria — Civil Society Legislative Advocacy Centre (CISLAC) — was willing to cooperate with the ministry in the fight against corruption.

Rubio asked that the fight be institutionalised so that the same issues do not arise when another government emerged.

The Executive Director of CISLAC, Auwal Rafsanjani, said NGOs tried to analyse government’s activities by commending it when it was doing well and raise alarm when it drifts away.

He also CISLAC had in various capacities interacted with government and had assisted in capacity building in so many areas, which showed that the organisation was interested in the success of the country.