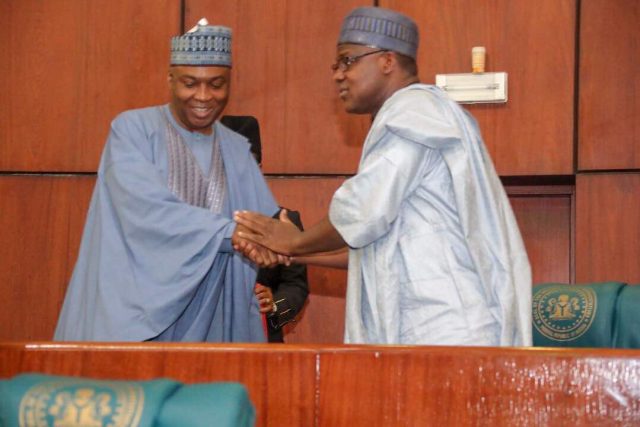 The Buhari Youth Organisation (BYO), on Wednesday, urged the National Assembly to withdraw its threat of impeaching Muhammadu Buhari, the President of Nigeria.

BYO Lagos State Chapter said, in a statement, that the joint resolutions of the National Assembly to impeach Buhari by invoking its constitutional power would not fly.

The statement was jointly signed by the state’s Coordinator and General Secretary, AbdulWaheed Odunuga and Adekunle Aderibigbe respectively.

“We urge the National Assembly to rescind the joint resolution that was issued as a threat to the President of the Federal Republic of Nigeria.”

According to the group, the invitation of the Senate President, Bukola Saraki by the police over Offa Robbery should not be seen as persecution by the executive arm of government.

“The President has achieved remarkable feat in arresting the criminals who were all captured in the CCTV clips in a manner that sends signals to others that they will never get away with crimes.

“The legislative arm needs to let the law dictate the affairs with no form of infringements,” it said.

The group added: “Most of the killings and criminal acts in the country were embryo products of political masterminding where idle, lazy youths are empowered with resources for massive destruction of processes and procedures in order to pave way for politicians.

“For this act to stop, Nigerians must stand by our security operatives to stop the procurement, facilitating, harbouring and sharing of illegal arms and ammunition that will end up being used to kill Nigerians.”