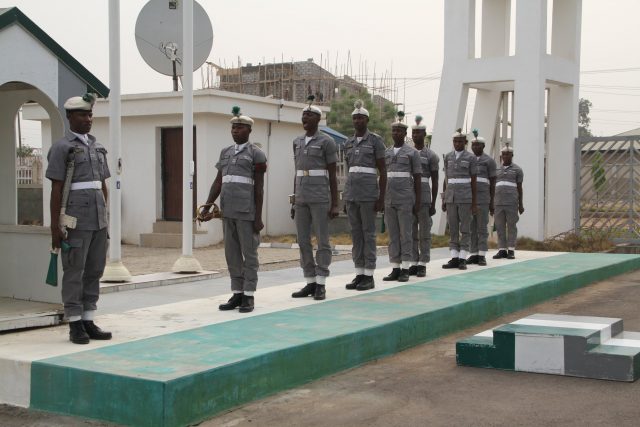 Some Uya Oro youths in the Oron Local Government Area of Akwa Ibom State on Thursday set ablaze a vehicle belonging to the Nigeria Customs Service (NCS)over the death of a motorcycle rider and his two passengers.

The NCS officers were said to have chased a vehicle that was conveying three bags of rice and shot at the vehicle’ s tyre.

An eyewitness, Daniel Frank, said the tyre, which the customs operatives shot at, pulled out and hit the motorcycle which was at the left side of the vehicle and speeding.

According to him, the impact of the tyre and the rider’s speed pushed the motorcycle under the vehicle whose driver was struggling to regain control after its tyre pulled out .
He added that the rider and his passengers died instantly .

He explained that the incident angered other motocycle riders, youths in the area and other residents, who staged a protest, during which the NCS ’ Toyota Hilux was set ablaze.

“Some people bought three bags of rice from Oron for a burial. When the customs operatives saw the bags, they flagged down the vehicle, and as the driver did not stop for them, they chased him.

“The Customs men shot at one of the tyres of the vehicle; the tyre they shot at pulled out and hit the motorcycle that was trying to overtake the vehicle.

“The tyre that pulled off hit the motorcycle and the force threw it under the vehicle. They were killed immediately.

“Some youths in the area and other motorcycle riders staged a protest and went for the customs operatives , but they escaped leaving their vehicle behind . The Toyota Hillux was subsequently set ablaze. ”