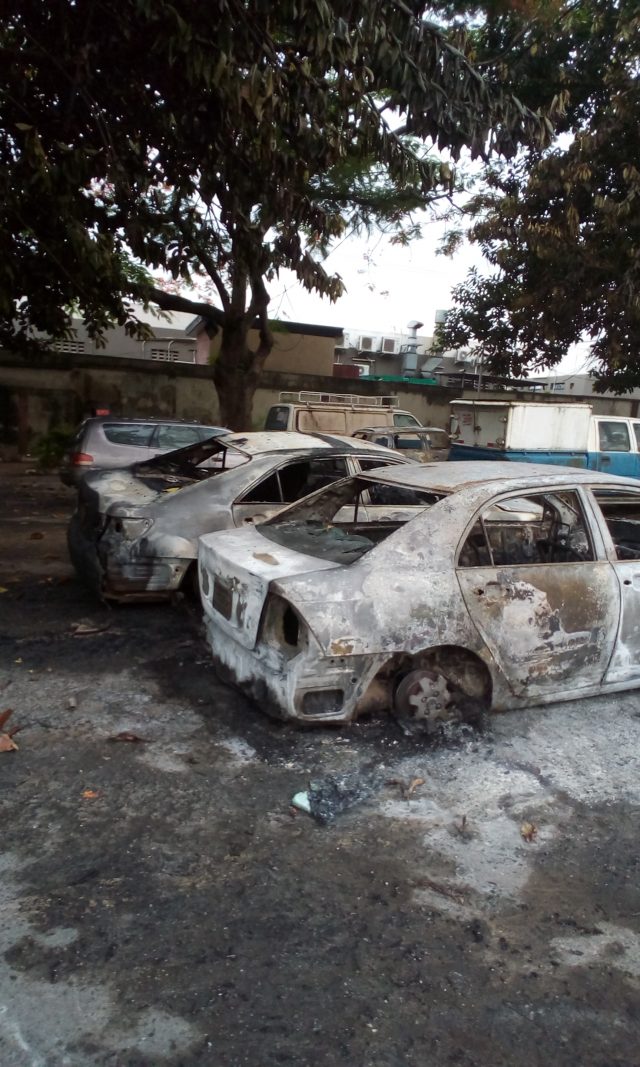 The casualties of Lagos gas explosion that  occurred on Mobolaji Bank Anthony Way, in the Maryland area of Lagos Thursday night have increased from three to five.

The intimation was made by the Lagos State Commissioner for Special Duties, Tayo Bamgbose-while speaking with journalists at the scene of the incident on Friday morning.

Acccording to him, three people died immediately  at the scene of the incident while the other two died in the hospital.

The Commissioner said, “Lives were lost. We had about 13 people rescued but we understand that out of the 13 people, we’ve lost two of them which means that we’ve only rescued 11. We’ve recovered three bodies again this morning. They’ve started moving them away from here.”

He noted that a special committee by the state government is  working to end gas explosions in the state.

Also speaking,  the Director-General of the Lagos State Emergency Management Agency (LASEMA), Dr. Olufemi Damilola Oke-Osanyitolu assured Lagos residents that measures are being put in place to prevent secondary explosion in the area.

“Ongoing post-disaster assessment by our responders has unearthed 3 yet-to-be-identified male bodies in the rubble. First responders (LASEMA Respond Unit Fire) have returned to the scene to avert any secondary explosion.

“Members of the public are encouraged to take alternative routes as much as possible. Further, update to follow,” Oke-Osanyintolu said.